The EU project Knowledge and Technology Transfer Upper Rhine (KTUR) aims to intensify the collaboration between academia and industry in the trinational Upper Rhine region. Numerous activities are in the pipeline to set new impulses for cross-border cooperation between German, French and Swiss stakeholders working in the knowledge and technology transfer sector.

We wanted to find out which challenges for cross-border cooperation currently exist and what opportunities the project partners see in an increased trinational collaboration within the field of knowledge and technology transfer. For this purpose, we conducted an interview with Dagmar Vössing, head of technology transfer at Karlsruhe Institute of Technology (KIT), Alessandro Mazzetti, manager of innovation alliances at the University of Basel, and Antoine Parmentier, manager of external relations at SATT Conectus. The latter organization is responsible for transferring technologies and for managing collaborative research contracts of universities and research institutes in the Alsace area. 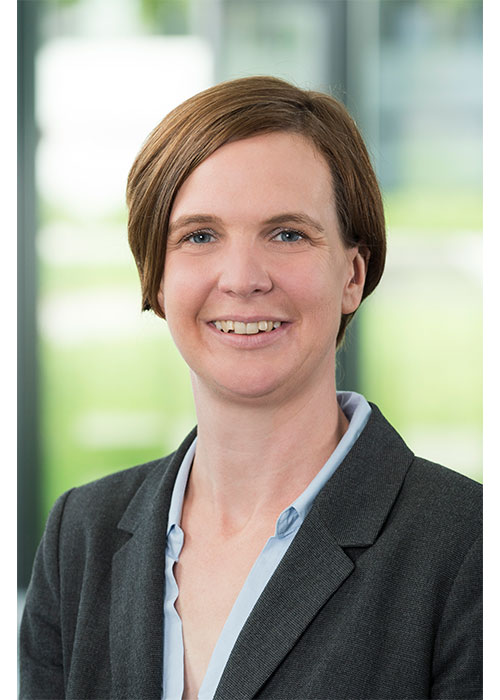 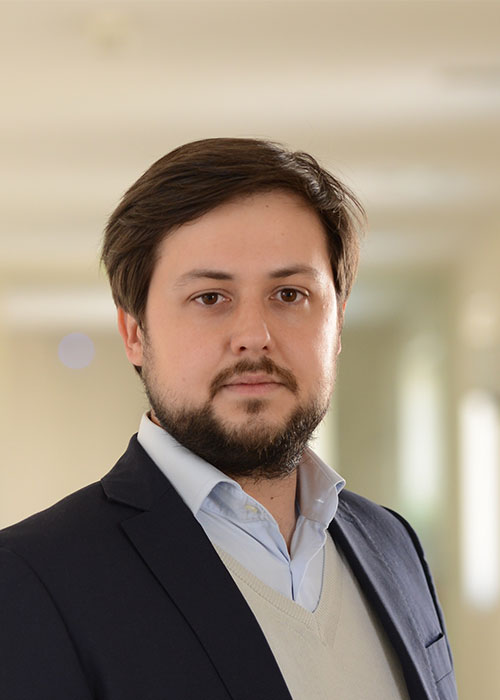 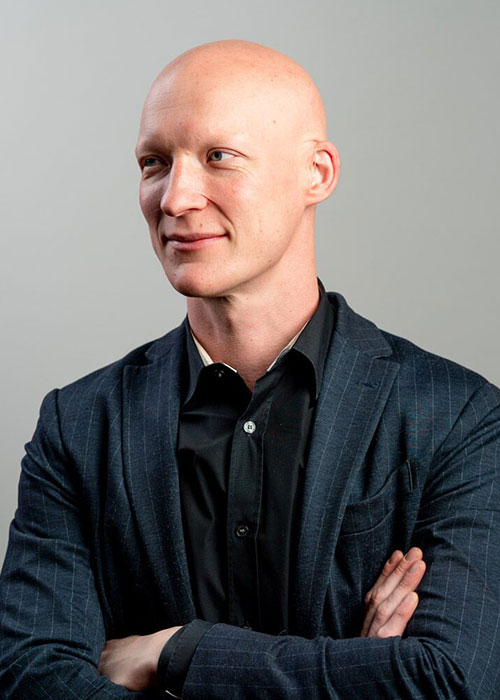 The KTUR project was initiated in order to strengthen the knowledge and technology transfer in the Upper Rhine region. To what extent do you already have international cooperation in the field of research and development at your institution?

Antoine Parmentier: Only a fraction of the collaborative research contracts we manage for our shareholders are concluded with organisations outside of France. Germany and Switzerland are probably the most important external partners even though the number of collaboration projects remains far too minor considering the cultural and geographical proximity. When it comes to technology transfer, meaning the transfer of research results and scientific findings to business and industry, there are a lot more projects with international companies. The reason might be that those transfers receive little public subsidies, erasing differences between national and international companies. Also, a given technology is very specific, with few potential licences, which means that you cannot only look at national companies but that you have to look further abroad. For example, we traditionally have a lot of contacts with Swiss companies from the health sector. Recently we have also transferred a camera technology to a company based in Kehl, Germany, so hopefully those kinds of transfers are on the rise although they have to be encouraged further.

Dagmar Vössing: When it comes to research projects at KIT, there is a big number of international cooperations going on between research institutes in Germany and internationally. However, if you take a closer look at technology transfer in terms of licensing projects, probably around 80 to 90 percent of the contracts are concluded with German companies or with companies, which at least have a subsidiary in Germany. One reason might be that KIT focuses on mobility and production technologies. Obviously, Baden-Württemberg is – not only in Germany, but also within Europe – a very strong region for these research fields.

Alessandro Mazzetti: Scientists and researchers of the University of Basel have a strong focus and a wide number of collaborations with other research institutions all over the world. The previous year was actually a record year for scientific collaborations and research funding at the University of Basel, with an overall surpassing slightly 187 million CHF. In general, the University of Basel is a comprehensive research university focusing on fundamental research and translational research in specific fields, such as life sciences, nanosciences, sustainability and energy, but also digital humanities. Oftentimes, the gap between our research outcomes and industry needs tends to be wider than maybe at universities of applied sciences or engineering schools, given a more disruptive rather than incremental innovation potential. Nevertheless, collaborations with companies can and do happen. We have amazing technologies that could be transferred. Only a few years ago, the President of the University of Basel initiated an innovation initiative, a cultural shift supporting more transfer projects towards industry and entrepreneurial spirit. That gave a strong impulse in collaboration between academia and companies with the specific goal of creating impact on society. It also enabled researchers to collaborate more with companies in a trustworthy, open way.

In your experience, what are factors that make international cooperation difficult?

Antoine Parmentier: In general, we have to distinguish between collaborative research, which is heavily subsidized, and technology transfer, which works without subsidies. Subsidies for collaborative research generally do not apply to cross-border collaboration, which makes a huge difference. For example, in France, companies which pay taxes in France and work together with public research labs can receive a tax rebate of up to 60 percent. A German company without a French subsidiary is simply not eligible. This is only one example among others, but it is a very strong obstacle.

Another issue in my opinion is a kind of national preference based on personal networks, you could even say a little bit of patriotism. Meaning that there is a natural tendency to work with an institution from the same country or so to say from the same ecosystem, where there is a stronger basis of trust.

Dagmar Vössing: Referring to Antoine’s first aspect, I have to say that the German model is totally different. It is based on a public funding system. For basic research between a company and a university, there is no possibility for tax relief for the company. However, they can apply for public funding. So, the systems are not compatible that easily. From the political side, there is a different set up. For a foreign company it is difficult to apply for funding from the German government. And the same way round: Companies do not receive any tax relief in France if they are not a French based company.

Regarding the patriotism aspect Antoine mentioned, we actually have the same feeling. We made the experience that it is in fact difficult to work with foreign companies because they seem to be sceptic towards everything that comes from abroad. We recognized this problem when we address companies from France, Britain or from the US. It is an important goal for KTUR to build this basis of trust in the region.

Alessandro Mazzetti: From the Swiss side, an important factor is the tendency of Switzerland to be rather fragmented. Each canton has a somewhat specific focus, based on the local industrial ecosystem and its strengths. Internal competition, which is healthy, in attracting international companies and innovative start-ups in different fields is also present. Interestingly, the Swiss government is funding the academic collaboration in innovation projects with industry partners. The companies that want to innovate a process, its products or services via collaborative research with academia, can have financial de-risking via specific funding instruments that cover the academic research partner cost. The company will have to contribute in-kind and partially in cash. This is a quite unique way to support industrial innovation via the transfer of technologies developed in academia. The access to such funding instrument is limited to Swiss companies.

Antoine Parmentier: A recurring idea for this KTUR project would be for the Upper Rhine institutions (German Länder, the Swiss cantons, and French Region) to set up a specific fund that could help finance cross-border R&D projects. Such projects would then be highlighted to encourage further collaborations. Right now, for example, the “Grand Est” Region in France has, quite naturally, provided financing mostly for companies that work with other institutions in that Region. That of course does encourage local collaborations rather than cross-border collaborations.

The KTUR project aims to intensify the cooperation of German, French and Swiss stakeholders. What concrete benefits of such cooperations do you see for your institution?

Alessandro Mazzetti: For us, the KTUR project is a very important and powerful instrument as it means to have a natural collaboration path towards the North and the Upper Rhine Valley. At the University of Basel, we primarily do basic research and our translational research is mainly in the field of life sciences. We have also digital and engineering skills, but only in rather specific fields. On the other hand, such expertise is rather strong on the opposite side of the border, in Germany and France. KTUR enables us to get to know these complementary capabilities and skills as well as a broader ecosystem outside of Switzerland. By pooling our capabilities, we can meet industry requests from all over the world much better and we can shape, together, a stronger Region. It might happen, for example, that a company from the U.S., from Japan, from India or from anywhere in the world is looking for a collaboration on a topic we can only partially fulfil by ourselves. We believe that by building stronger links to the KTUR partners it might be much easier to fully answer to such collaboration requests. Thanks to the KTUR project, we now know each other. We can approach each other much faster than before and we can openly discuss how we could achieve more in terms of collaboration at a global scale, together.

Dagmar Vössing: For me, this interview is actually a good example of what KTUR can do for us: Talking to each other, learning from one another and getting to know the systems of the other countries. It also promotes to establishing acceptance for the fact that not everything works the same way than it does in Germany, France or in Switzerland. The KTUR project allows me to work with other perspectives, which I find very enriching. Occasionally, you simply should step outside your comfort zone and do not get stuck in your own routines.

Antoine Parmentier: For Conectus specifically, even though we are technically a private company, we have a mission to develop the competitiveness of French companies, and especially of regional companies since we are financed by the French state. KTUR helps us to execute that mission with neighbouring areas, where jobs creation stemming from innovation will have a positive impact in the Grand Est too, and knowing that German and Swiss tech transfer offices will reciprocate, to everyone’s advantage.

We are very happy to see that the operational team is on such a good way currently. We get to know each other better and  working together becomes easier. Now the next step, which is a much bigger one, is to translate our internal contacts not only to our leadership but first and foremost to companies. This would generate many advantages. I hope that we can create a transborder area that is greater than the sum of its parts, where people can easily benefit from the entire region – that would be a fantastic achievement.

Many thanks for the interview.

The KTUR Circle meets for the first time – Interview with Prof. Dr. Thietke