The first KTUR Startup & Innovation Nights on April 21 and 22 passed with flying colors. To the delight of the entire KTUR working group, more than 250 participants registered for the two evenings, which were then distributed quite evenly among the various event offerings. 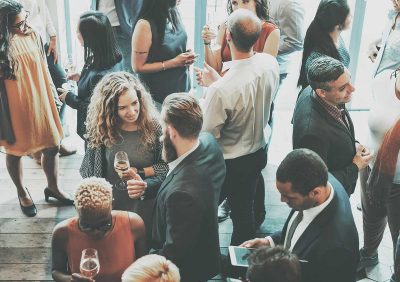 A highlight was certainly the panel discussion on the first evening. The keynote speaker provided a very personal introduction to the topic. Dr. Gunther Wobser, CEO of the medium-sized company LAUDA GmbH, took the audience on his « sabbaticial » to Silicon Valley and the experience he gained from it for innovative approaches in his company. The « ambidextry » maxim he emphasized will probably be on the minds of several participants in the aftermath.

The panel discussion, led by Dr. Frauke Lorenzen (KTUR project management) and Dr. Thomas Scheuerle (Managing Director of the Breisach Accelerator BadenCampus), was also lively and open: A total of six guests were invited to discuss future cooperation in the field of technology transfer and startups in the Upper Rhine region. The trinational panel represented many facets of the innovation ecosystem in the border triangle. In this context, Lord Mayor Horn once again emphasized that the cities (with their economic ties) should also get more involved in the Eucor area. At the end of the discussion he even invited all participants to Freiburg for a next meeting – if possible live. In return, there were further offers of cooperation on the part of the French panelists, including one from the Campus Manager, Fabienne Buhler, to KMØ in Mulhouse. The Vice President for Innovation and Technology Transfer, Prof. Dr. Michel de Mathelin, already pointed out the next big KTUR event, the « Innovation Day Upper Rhine » in spring 2022 at the Strasbourg partners. Here, a more intensive connection between science and industry should be created, a topic that particularly interested Hans Joachim Fröhlich, Director Technology and Portfolio, of the Swiss company Endress + Hauser. However, special concerns were also discussed, especially those affecting startups in the region. The founder and CEO of the Swiss startup Resistell AG, Dr. Danuta Cichocka, addressed the sometimes difficult search for personnel for young companies. Graduates tend to « play it safe » and still prefer to apply to established large companies rather than join startups. Caroline Hein, member of the student Foundersclub Freiburg, on the other hand, was able to show that entrepreneurship is also an exciting topic for students. She referred, among other things, to the recently announced SPARK ideas competition – now also sailing under the KTUR flag – in which students are coached from the initial idea to a concrete startup project.

The second evening belonged to the startups and the workshops offered by the KTUR working group. Beforehand, however, Dr. Michael Lauk, multiple founder and proven enthusiast of the Upper Rhine region, took time in his keynote speech to once again specifically address the framework conditions of university startups and to raise awareness for the topic of corporate VC as a form of financing.

A total of 16 startups from the fields of health/life sciences and green tech presented themselves in the two parallel sessions. The concerns were as diverse as the startups themselves, ranging from the desire for more venture capital and greater visibility of the region as an innovation hub to more space for young spin-offs. A number of ideas and suggestions for future KTUR projects were then exchanged not only in the four workshops that followed, but also in the final get-together on the platform wonder.me.

Conclusion: The main objectives of the event, to gain more attention for a trinational technology transfer, to « listen in » to the startup scene of the Upper Rhine, to initiate new contacts on both sides of the Rhine and to create further ideas for KTUR, have certainly been fulfilled. The wish for « more personal encounters » could not (yet) be realized at the virtual event, but after the kick-off it is clear that there will be further encounters – then certainly also live – in the future.

The KTUR Circle meets for the first time – Interview with Prof. Dr. Thietke